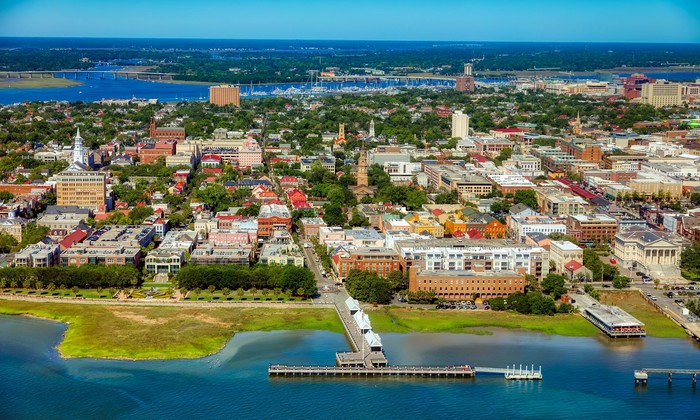 Charleston has a culturally rich heritage and very many epic experiences. For instance, on Sullivan’s Island, there is the Station 12 beach access where the end of the beach is a view of dozens of dolphins breaking over the waves close to about 100 ft from the shoreline.

What’s more, some of the best cuisine and bourbon craft cocktails in the country are made ready from this city. All these notwithstanding, there can still be crime found in this city. So here are the areas of Charleston, SC to avoid.

Top 10 Most Dangerous Cities in Charleston

What is the safest area in Charleston, SC? First, here are the dangerous areas!

This neighborhood of 89,338 residents got its name from a plantation back in 1803. Now, the crime in this neighborhood is distinctly property crime. In 2018, out of a total of 1,359 reported incidents, only 138 were violent cases, no murder case. The remainder 1,221 were property crimes with theft superseding the list with 1,002 cases. Year over year, patrolling officers in this neighborhood recognize that crime in Mount Pleasant has decrease by 12%. It has even faded off bus stations, and now it is safe during transportation especially moving with cash.

Walking or biking can be done at day time and night time with little or no consciousness of the surrounding. So everyone can travel alone safely, particularly women. 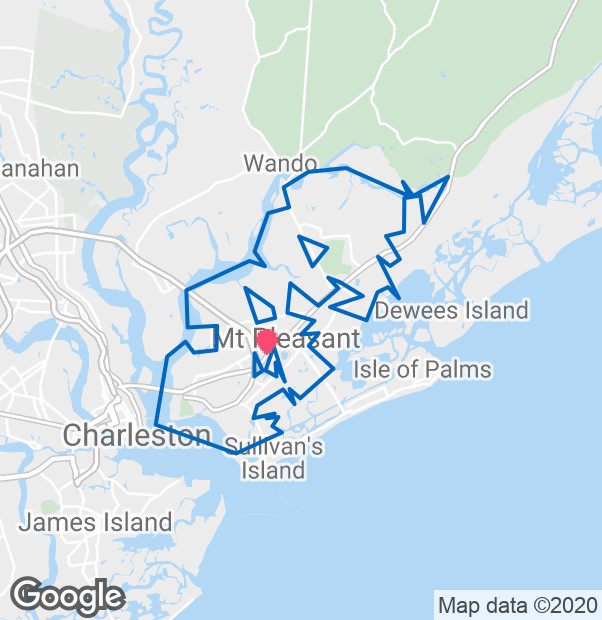 This neighborhood has a population of 115,382. About a decade ago, it moved from being voted the tenth most dangerous place in the US, to the fourth. Currently, it is still one of the top fifty most dangerous places in South Carolina! The total crime rate is 67.5 for every 1,000 people. This neighborhood had incessant reports on both violent and property crimes. There were incidents of shootings, murders, and aggravated assaults. This place was a place with a terrible influx of drug offenders, stabbings, and rapes were common crimes. The police officers in this neighborhood seem to have little or no effect.

Most residents affirm being robbed at gunpoint on certain occasions, some at gas stations. A particular resident in an interview disclosed that motor-vehicle thefts were as customary as “commemorative cups”. The chance of having a vehicle stolen in North Charleston is 1 in 157. Public transportation buses also come with petty theft incidents that could not have been avoided, so tourists are warned against possessing lots of cash or valuable items during commutes.

Is North Charleston safe? The areas of North Charleston to avoid are the south of Dorchester Rd and the southern part of the town. Towards north has more safe areas like the Upper Dorchester Rd. which begins around the Air Force base. This neighborhood is hardly a place for safe walking or biking, and night times come with pockets of crimes at various alleyways. Not only independent women travelers, but even residents also avoid moving around at nights, especially alone. One's chance of being a victim of either property or violent crime is 1 in 15. 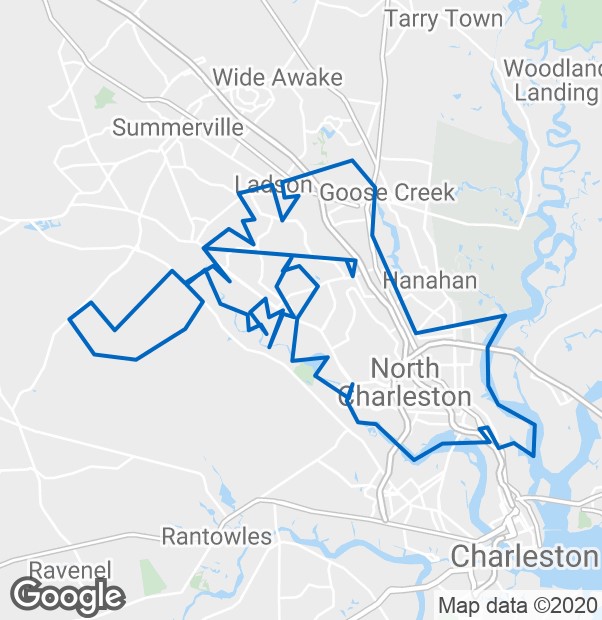 Unlike in the early 90s, alleyways and street corners are hardly sandwiched by people. So day time and night time bike strolls can be done safely by visiting men and women traveling alone. You can walk about with wads of cash and not feel threatened as the police in the neighborhood are visible. The hotels nearby come highly recommended for their safety measures. 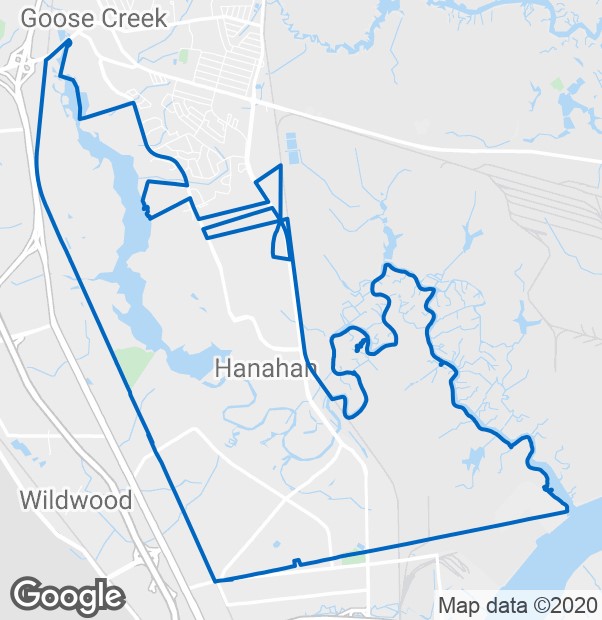 Formally known as west of the Ashley, coined from the fact that this place is the west of the Ashley River. There is an estimate of 82,341 people in this area. West Ashley, though not free of crime, has one of the fewest records of incidents. 2018 had almost the most records. There were strings of car break-ins, burglaries, and double homicides. There were shootings, and a couple of teenagers were murdered. The police are usually up and about in this neighborhood, and it is tough to see crime pass by without action plans. In 2017, the police department had files of 153 car break-ins registered, of which 52 guns were reported stolen.

Is Charleston, SC safe? Recent criminal incidents in 2020 are far apart so exploring from place to place is safe. The residents favor bike riding. Nighttime is also safe and can be explored with solo traveling women having little fear of safety. The public transportation axis has no recent record on pickpockets or panhandlers, so your cash and wallet are safe on you. There are safety tags also on hotels nearby. 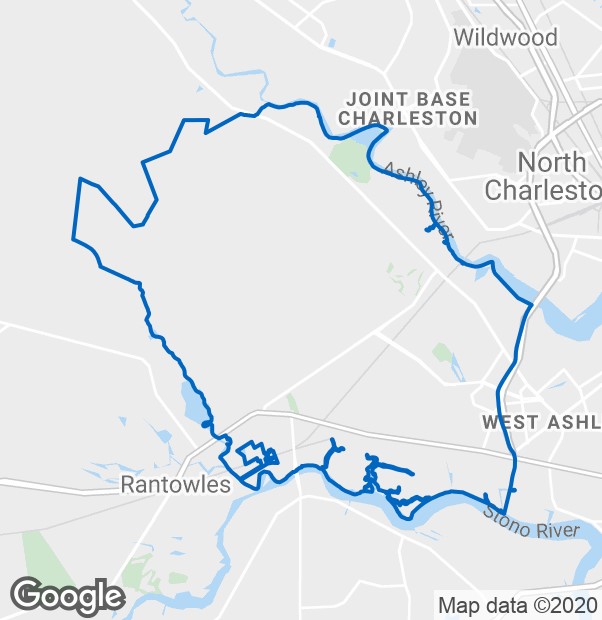 During public transits, there are fewer chances of being robbed of cash or pickpocketed. However, there are higher chances of your vehicle or personal property being hijacked. The police visibility helps, but crime still happens regardless. Residents speak well about safety in exploring the district at day time and also night time, so women traveling alone can feel at ease. There are more hotels recommended for their security alertness than not. In Summerville, one’s chance of being a crime victim is 1 in 28. 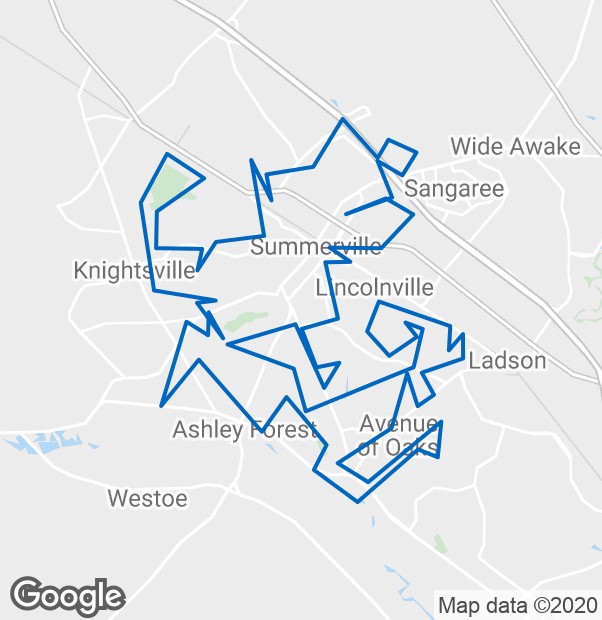 This area of Charleston has a total population of 2,264 with a partly equal number of male to female ratio. Though violent crime is almost non-existent, it still does have a general high property crime rate. There are interesting attractions in this neighborhood like Battery Park where the history of the American Revolutionary War and Civil War was documented. There is also the South Carolina Aquarium packed with several sea life animals!

As long as you don’t forget to lock your vehicles when you leave, you will be a step ahead of guarding your safety in this neighborhood. The police patrols are reasonably effective so the crime rate is curbed. Public transportation is free of petty criminals, providing reasons for the safety of your cash and wallet. Nothing to worry about walking or biking in this neighborhood, female residents share about the safety even at late hours alone. 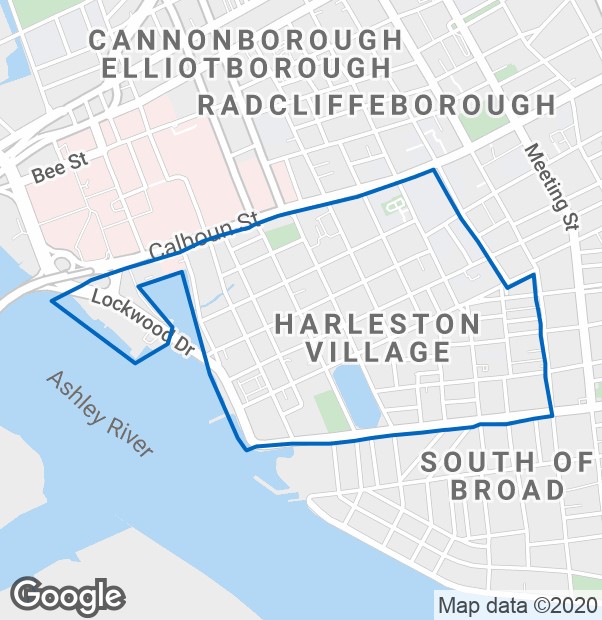 The number of people in this neighborhood is one of the smallest in Charleston. There are 1,543 dwellings on this island where the cost of living is 146% greater than the South Carolina average. What’s wonderful about this area is the crime seems to drop every year. So far, year over year crime has fallen by 5% and the violent crimes are 82% lower than the national average. No wonder residents advice on the beauty in exploring the district at any time of the day, whether single females or couples.

The statistics for total crime is registered as 492 for every 100,000 resident and violent crime incidents make up 68 only. Safe to say the police are very active in this neighborhood.

Commute to and fro places are free of criminal activities so you will return to your destination with the possessions and cash you took along. Hotels nearby are as ok and safe as they come. 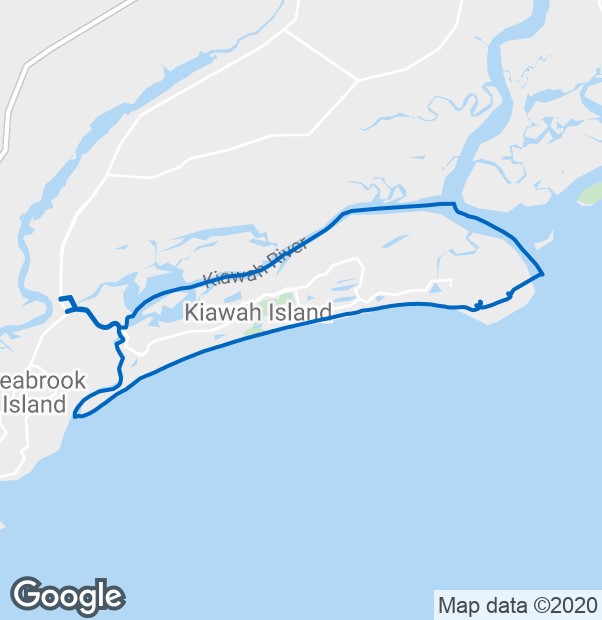 The population in this neighborhood is 12,068. Very few things make this area dangerous such as intersections in highways and property crimes. Just like Kiawah Island, over the years crime has decreased by 5% and the neighborhood is safer than it used to be a decade ago. The total crime is 1,404 per 100,000 people with property crime being 1,209 of the figure. The police in this neighborhood are often seen now and again, so this may seem to contribute to the decreasing crime rate experienced. There are clean records on murder or robbery, so you do not have to worry about being accosted or mugged of cash. Public commute routes and stations have safety records too.

By extension, is Charleston, SC safe to visit? This island boasts of a plethora of beautiful trees that tourists and traveling visitors get amazed by. It is safe to explore even at nights, and alone if female. In James Island, the chance of becoming a crime victim is 1 in 72. 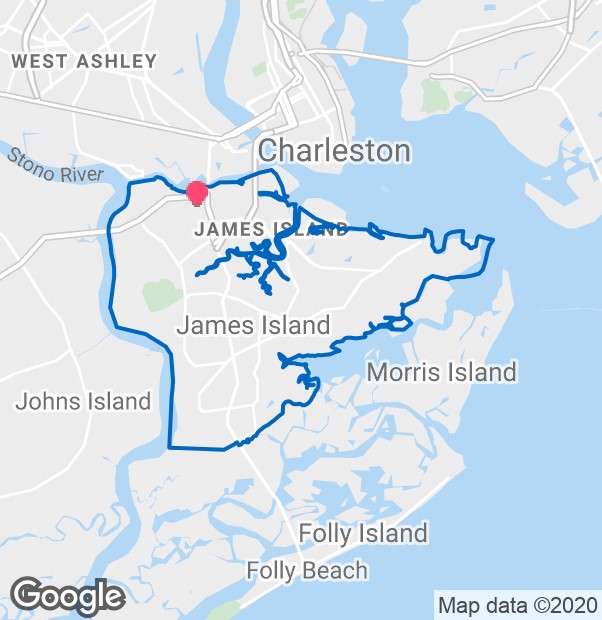 There are 40,553 people in this neighborhood where the total crime rate is 2,434 for every 100,000 residents. There have been incidents of armed robbery, thefts, murder, and homicide. Shootings are heard by neighbors especially in recent times in 2020. There was a triple homicide even early in July 2020. However, rape and assault take the bulk of the overall violent crimes reported while theft cases make up about 77% of property crimes. Police are thoroughly active in this neighborhood, noticeably now with the series of cases.

Typically, is Charleston, SC safe at night? Residents plead for travelers to halt on visitations especially during night time, principally for single females, as the environs are hardly safe. Public transportation still performs at optimal safety though, and cash thefts are very minimal.

In Goose Creek, your chance of being a crime victim is 1 in 42. 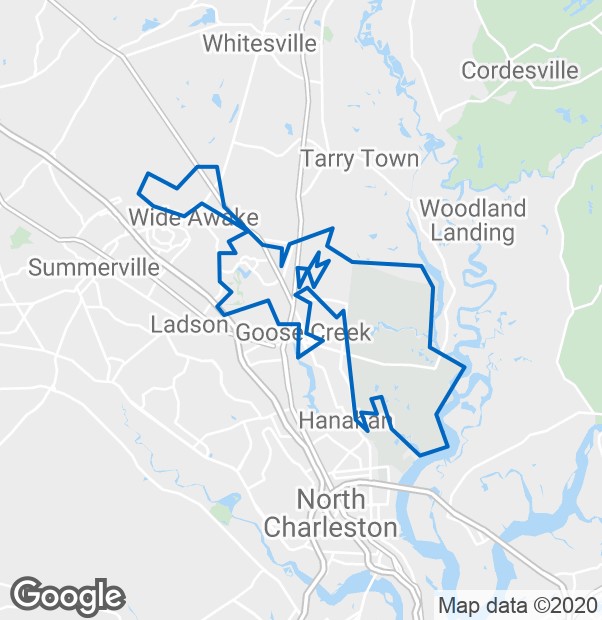 6,181 people made this neighborhood which was developed along the Ashley River in downtown Charleston their home. In the past decades, the crime rate was outrageous. Though it is better now, a couple of property and petty crimes still keep police on a constant lookout. Residents warn never to keep anything of value in plain sight in the vehicle. Pickpockets take time to explore as often as visitors find their way into the neighborhood. So it is best to hug your wallets closer, especially if stuffed with cash.

Is Charleston, SC safe to walk around? A good many people find satisfaction in riding bikes to move about, but night times can be sketchy. Females are thus encouraged to move at late hours only amidst company. 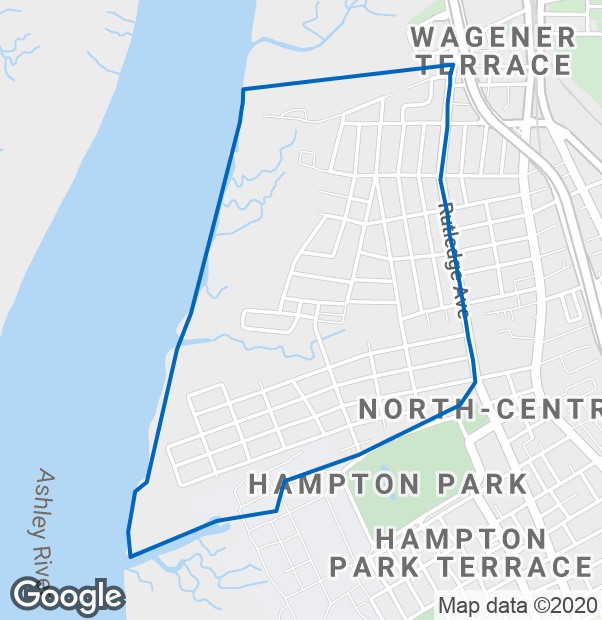 According to Statistics, an influx of an average of 28 new people move into Charleston daily making this city the 47th fastest-growing U.S. metro. But based on FBI crime data, Charleston is not one of the safest cities in the US. However it comes very close, and Morris Island lighthouse makes for the perfect place for a peaceful stroll along the water.