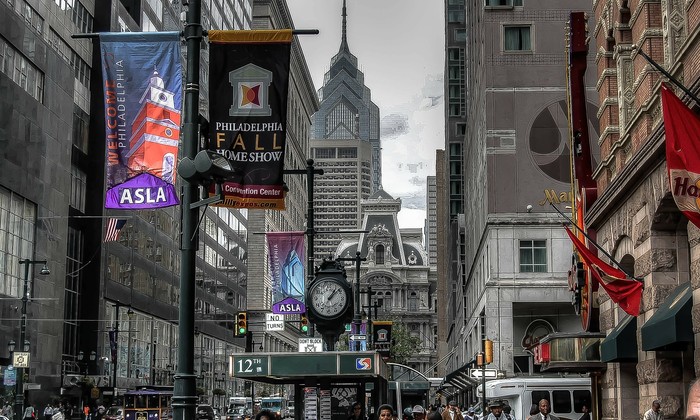 Philadelphia is the biggest city in Pennsylvania. If you're looking for world-class entertainment, lots of restaurants, and every other thing that a booming metropolis has to offer, Philadelphia is a perfect choice. However, being the second-largest city in the entire East Coast and the fifth biggest city in America, you can be sure that there will be a considerable amount of crime and dangerous neighborhoods.

Statistically, you have a 1 in 25% chance of being a victim of violent crime in Philadelphia. However, the crime rate reduces every year by 3%. Philadelphia is relatively safe as long as you avoid dangerous neighborhoods. This should not be a problem for tourists but if you intend to visit some of the bad parts of Philadelphia, you must take extra caution and always have your wits about you. People intending to move to the city must avoid dangerous neighborhoods especially if you have a family or intend to raise one.

The ten most dangerous neighborhoods in Philadelphia PA

The crime rate of any city is usually calculated per 100,000 people. Every city has a certain amount of crime although, in some cities, the rate is higher than others.

Here is a list of the top ten most dangerous areas in Philadelphia according to government statistics: 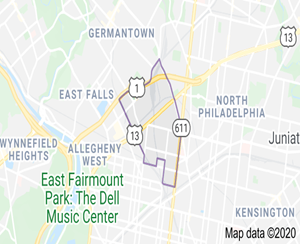 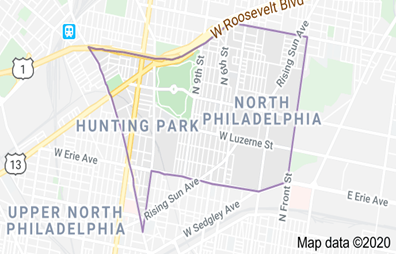 Hunting Park is also located in North Philadelphia. It's home to several historical buildings like Clara Barton School, Bayard Tailor School and Alexander K. McClure School. It was formerly the worst neighborhood in Philadelphia but Tioga-Nicetown currently holds that position. 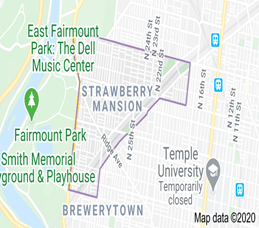 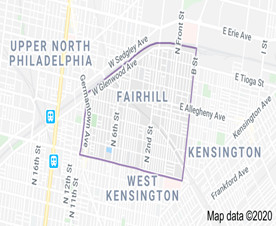 Fairhill is also located in the east area of North Philadelphia. The town is home to the Hispanic community in Philadelphia as is most famous for the "Ek Centro de Oro" commercial strip along North 5th Street. Fairhill is bordered by Harrowgate and West Kensington to the east, Glenwood to the West, Hunting Park to the north and Hartranft to the south. Fairhill currently ranks as the fourth-worst neighborhood in Philadelphia. 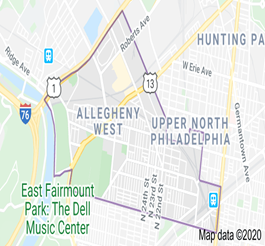 Like most neighborhoods in North Philadelphia, Allegheny West is predominantly a poor African American community. The neighborhood has suffered from lack of investment and post-industrial depreciation. It encountered one of the most horrendous population losses of any other community in Philadelphia between the 1990 and 2000 census. Empty and unused industrial sites like the one used for building commuter rail trains are now being used for movie productions. The former Tasty Baking Co. food facility is currently being renovated for use as a mixed-use site. The former headquarters has been demolished and a 75,000 sq. ft grocery-anchored mall will be built on the site. 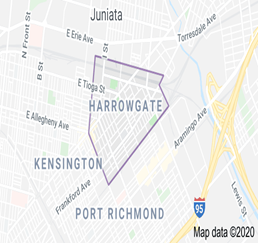 Harrowgate is located at the northeast side of Kensington and is close to Kensington Avenue. Other neighboring communities are Feltonville, Juniata, Frankford, Fairhill Kensington, Port Richmond, Bridesburg and West Kensington. Harrowgate is the 6th most dangerous neighborhood in Philadelphia. 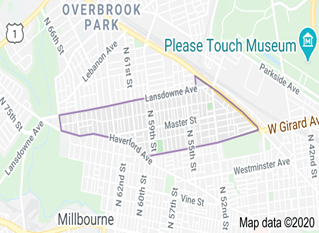 Carroll-Park is a town located in West Philadelphia. It is bordered by Lansdowne Avenue on the north side, North 63rd Street on the west side, West Girard Avenue in the south side and North 52nd Street on the east side. Through the length of most streets, some banners read "Carroll-Park: Where our neighbors become friends." These banners were placed by the Carroll-Park Community Council, Inc. There is also another park with the same name between North 58th Street and North 59th Street and West Thompson Street and West Girard Avenue. The people of Carroll-Park are predominantly working-class African Americans. 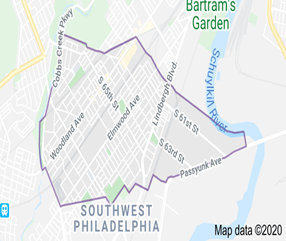 Elmwood otherwise known as Elmwood Park is located in the Southwest area of Philadelphia. It is adjacent to Delaware County at Cobbs Creek and reaches as far as Schuylkill River. It is bordered by Kingsessing on the northeast side and Eastwick on the southwest side.

Elmwood is mostly dominated by Irish Americans and Poles. These communities were built around Catholic parishes that were founded in the early 20th century. Elmwood is currently no. 9 on the list of most dangerous neighborhoods in Philadelphia. 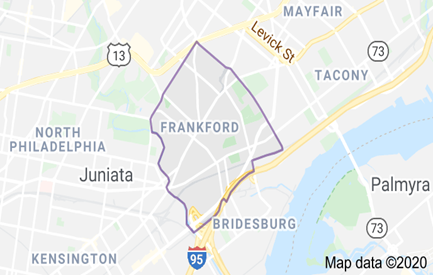 This neighborhood is located on the Northeast side of Philadelphia approximately six miles Northeast of Center City. The town doesn't have well-defined borders but is adjacent to Frankford Creek, Roosevelt Boulevard Cheltenham Avenue, Summerdale, Juniata, Oxford Circle, Wissinoming, Bridesburg, and Kensington.

According to history, Frankford was divided between Frankford and East Frankford and the entire area of Frankford Avenue. This division caused a rift among Caucasians and African Americans who occupy the west and east side, respectively. However, this division has blurred over the years and is now a thing of the past. Frankford is currently the 10th most dangerous neighborhoods in Philadelphia. 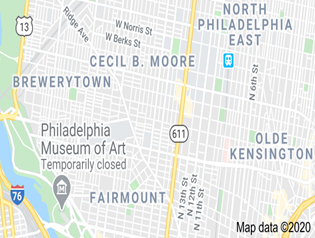 Other places to avoid in Philadelphia, PA

Apart from these neighborhoods listed above, here is a list of some other unsafe areas in Philadelphia that you must avoid if you choose to visit the city:

The Top ten most dangerous places in Philadelphia

10 most Dangerous places to avoid in Philadelphia:

How to stay safe In Philadelphia, PA?

One question you may have is : Is Philadelphia a dangerous city? You will not encounter any problem if you stay in the safe neighborhoods however it is important to always be on your guard whenever you are coming to a place for the first time. Always take public transport and never stay outside at night.

The middle of Philadelphia spans the waterfront to the western side. This is where the art museum and the zoo are located. If you choose to visit these places, stick to public transportation. It's a lot cheaper and you can go anywhere you want to.

If you have a car, be wary of the areas surrounding City Hall. These areas have distorted traffic patterns. It is impossible to drive through it, so the only way out is to drive around it. However, there are many walkable areas here. For instance, Liberty Bell and many major museums only allow pedestrians. When you park your car, ensure that it is locked, and the windows are up.

Philadelphia is very close to Camden, New Jersey and some tourists may be tempted to stay in Camden and commute to Philadelphia. This is not advisable as Camden has a very high crime rate.

America is a country enriched with beautiful cities and people. Philadelphia is often referred to as the heart of America. It has so many tourist attractions and rich history. However, like most cities, it is important to always be careful and avoid bad neighborhoods.

As long as you do thorough research and take the necessary safety precautions that are listed above, you will be perfectly fine.